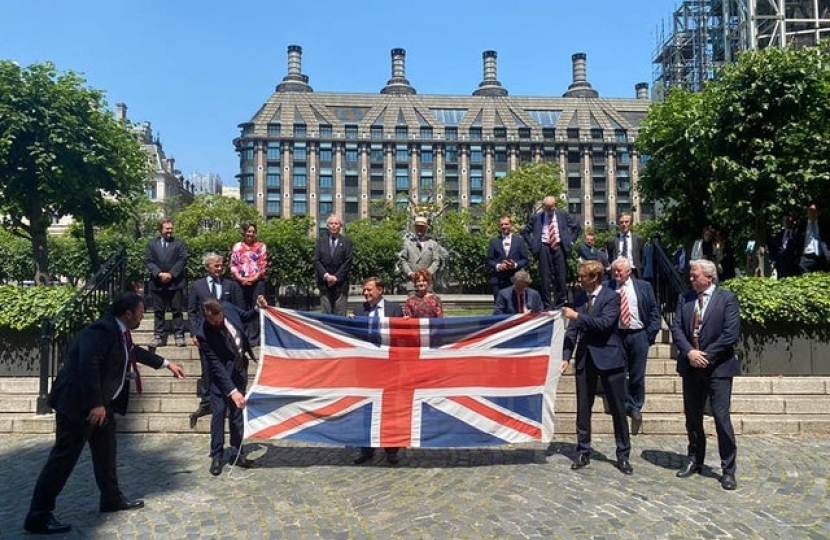 Ashfield’s MP has thanked the armed forces for its “service and sacrifice” helping to keep the nation safe during the coronavirus crisis.

Lee Anderson MP for Ashfield with colleague Stuart Anderson, MP for Wolverhamton, asked Conservative MPs and MP veterans who have served the country to pose for a picture in Westminster.

Lee Anderson MP said: “What we’ve seen during the coronavirus is that when our country is really up against it, we can’t do without our superb Armed Forces.

“They not only work around the world, keeping us safe and protecting our freedoms, but they are working tirelessly to keep this country going as we fight the dreaded virus.

“Armed Forces Day is an opportunity to thank them for their sacrifice and service, and for us to pay our respects in particular to MPs like Stuart Anderson, who served before they came into Parliament and who have had to overcome massive hurdles with mental health to get here.”

Stuart Anderson, MP for Wolverhampton South West, said: “Transitioning from Army to civilian life is not easy. It took me years to fully recover and I was lucky enough to have the support of friends and family to get me there. That’s why, as we celebrate Armed Forces Week, I want to ensure that the government prioritises boosting mental health support available to those leaving the military.

“British Armed Forces are the best in the world and they have been there for us, helping to defend us against new threats like the coronavirus, and now it’s time for us to repay that debt by ensuring we step up and do whatever it takes to ensure our brave veterans get the help they need, when they need it.