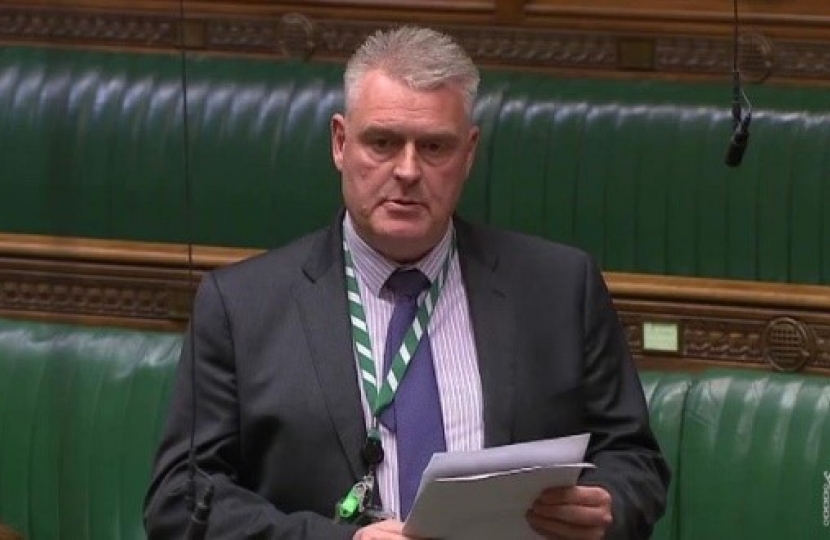 This is a disgusting and vile trade and I will not accept the argument made by some quarters that these people are genuine asylum seekers when you consider they have travelled through several safe countries to get to the UK.

We have a proud tradition in the UK of accepting displaced people from all over the world who need our help.

But in order to help more of these people we must put a stop to this illegal trade in human lives.

This is why I, along with my colleagues in Parliament, are pushing for new legislation which, among other things, will stop economic migrants claiming asylum in the UK if they have already passed through a safe country.

This new legislation would allow the UK to turn boats back, stop the illegal migrants getting into boats and arrest the traffickers.

But the most effective way of stopping this is to simply to change the law and put and end to the ridiculous situation where lawyers can block the Home Office at every single turn.

Mark my words, a change is coming.

Stanton Hill is often a place that gets forgotten about but thanks to the brilliant Friends of Stanton Hill Group run by Louise Rose and Jane Cooper the village is in good hands.

The whole group do their bit to keep the village looking clean, tidy and presentable with their litter picks, flower beds and soft toy displays at the Co-op garden.

I was delighted to be able to attend their fundraising event last weekend where they raised a massive £273.24 which help the group look after their village.

I was sad to learn that Rolls Royce has decided to close its facility at Annesley due to the effects Covid have had on the aerospace industry.

Since being elected I have met with Rolls Royce on a regular basis and over the past few months the meetings and conversations have become more regular.

No-one has been made compulsorily redundant as 17 workers have accepted voluntary redundancy and it is expected the remaining 100 employees will transfer to the Derby site.

No-one wants to see people lose their jobs and I raised the plight of Rolls Royce a few weeks ago in Parliament and I will keep meeting with Rolls Royce and continue to raise this issue with Government at every opportunity.

Finally my team have been working very hard over the summer and have managed to get some fantastic results for constituents so if you need my help then please contact me on lee.anderson.mp@parliament.uk or call my office on 01623 550604.

Last week, a young man was arrested and charged with arson for the attack on the Union flag at the Cenotaph on June 7.