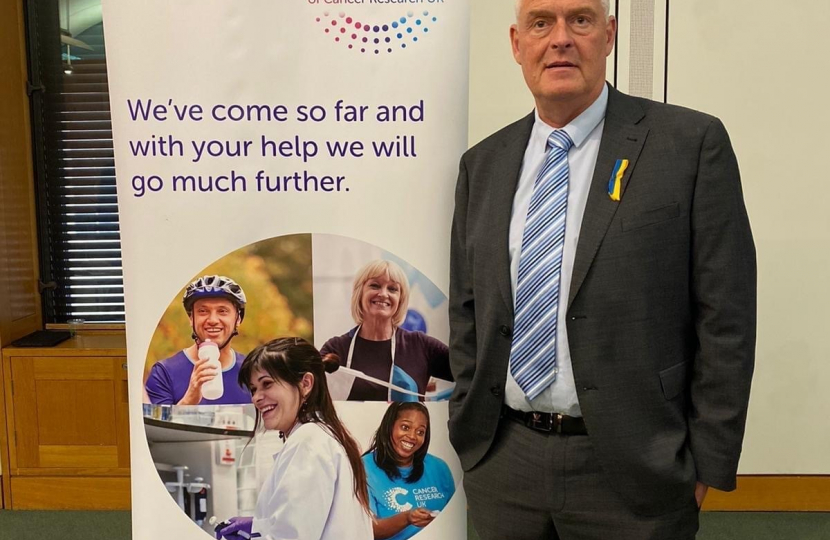 Lee Anderson, MP for Ashfield and Eastwood, celebrated the past, present and future of research at a Cancer Research UK event in Westminster this week to mark the charity’s 20th anniversary.

The MP had the chance to meet with researchers working on the latest breakthroughs and campaigners helping to deliver change in their communities, alongside learning about the cutting-edge discoveries taking place on the doorstep.

Lee Anderson said: “Over the years, the advances that have been made in the fight against the disease have been fantastic, and now more people than ever are surviving their cancer but, there’s further to go.

“1 in 2 of us will get cancer in our lifetime*. We all have a part to play to help beat it, because if the worst happens, we can help to save the lives of more people in Ashfield and Eastwood and across the UK.”

2022 is a special year for Cancer Research UK, as it marks 20 years since the charity was formed. However, its history goes back much further, to 1902, with the founding of the Imperial Cancer Research Fund – meaning its work has been at the heart of some of the biggest developments in cancer, including some of the most used cancer drugs around the world today.

Shaun Walsh, Head of Public Affairs and Campaigning at Cancer Research UK, said: “A big thank you to Mr Anderson for joining us to raise awareness in our 20th anniversary year. Every day we see the benefits of work we’ve previously funded being realised, helping people live longer and healthier lives.

“Thanks to our supporters, partners, researchers and staff, we will continue to fund groundbreaking research to reveal more of cancer’s secrets. By putting discovery at the heart of everything we do, and working with people around the world, we can make huge strides in our understanding of cancer and how to beat it.”