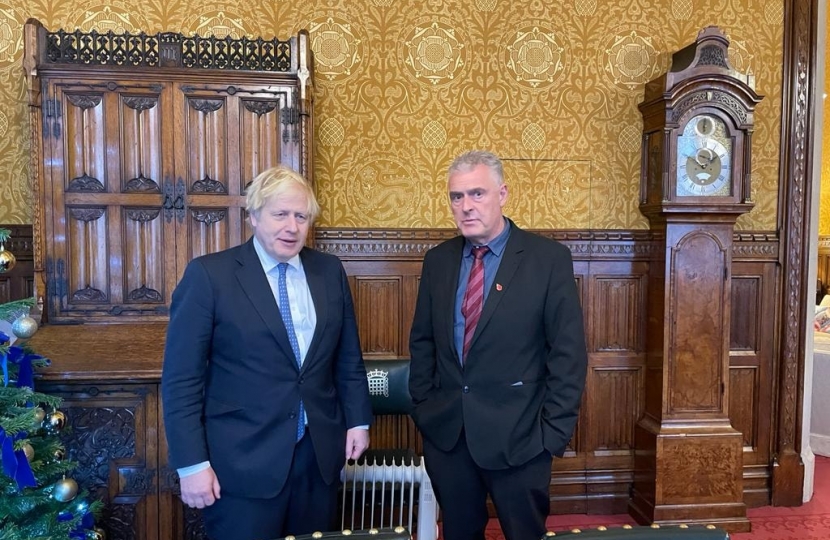 Last week I arranged for myself and seven other Conservative MPs to meet the Prime Minister to discuss the ongoing illegal migrant crisis on the Channel. It was supposed to be a private meeting but within minutes of leaving his office my phone was constantly ringing. Yes, somehow the press knew the meeting had taken place, so the rest of the day was spent telling the national newspapers to go away. Its no secret that I have been one of the most vocal MPs on this subject and will continue to bang a drum until the evil human trafficking trade has stopped and people are no longer drowning in the Channel. There is nothing kind or humane in letting this continue and it ruins the chances of genuine refugees in war zones getting the help they need. On a weekly basis I sit in the House of Commons and listen to the same old nonsense that people illegally entering our country on small boats are fleeing a war zone. When we point out there is no war in France, we get the same glazed expressions from the opposition benches. Let’s be clear, there is no war in France and if conditions are so bad and people feel so at risk then quite clearly the French Government need to clean up their own backyard. If I was a French politician, I would be embarrassed that people are risking their own lives and their children’s lives to travel to another country over the busiest shipping lane in the world. This is a European problem not just a UK problem and the fact that France and other EU countries are now being awkward and refusing to work towards the Prime Ministers plan to end human trafficking tells me that certain countries have still not forgiven us for leaving the EU.

The main point I made to the PM during our meeting was the need for offshore processing. I also made this point to the Home Secretary last week in the Chamber and to the Illegal Immigration Minister last month. This system would seriously reduce the ‘pull factor’ for illegal migrants. If an illegal migrant knew that after paying £3,000 to people smugglers to get the UK only to be sent thousands of miles away to have their bogus asylum claim processed, then they would not come. It is as simple as that; they would go elsewhere. I know this is something Government are seriously looking at and along with the new Borders Bill that gets its third reading over the next few weeks then we are moving towards a proper solution. Yes, it is frustrating and very annoying for me and colleagues as we want to see much quicker results but there seems to be obstacles all the way. Even now a union is getting involved to mount a legal challenge to stop small boats being pushed back in the Channel. It is hard to imagine that our own unions are trying their best to encourage more dangerous Channel crossings and risk more lives. They need to have a long hard look at themselves.