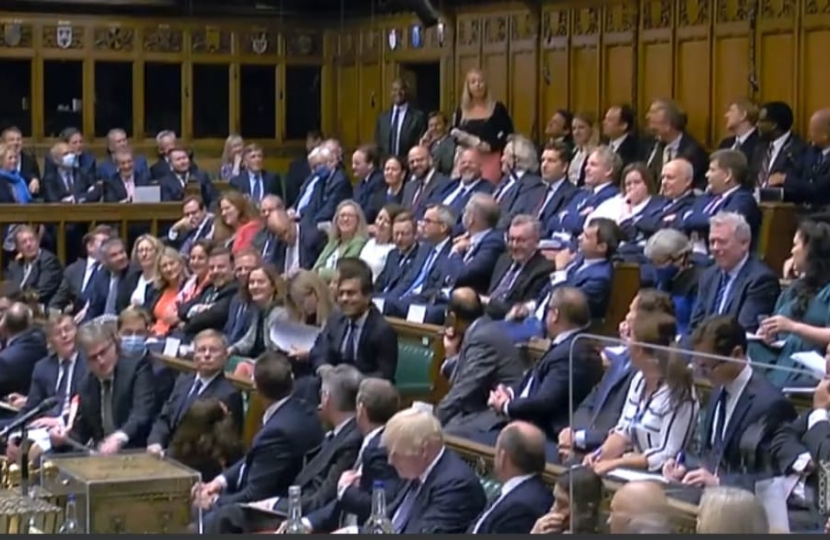 The international community has failed the people of Afghanistan, but when the United States took the decision to withdraw their troops it was almost inevitable we would have to leave too.

This move saddened me and, after 20 years of relative peace and freedom for the people there, they now face an uncertain future.

Over 400 of our military personnel lost their lives in the conflict and many more returned with missing limbs, life-changing injuries and sadly many took their own lives.

Young men from Ashfield laid down their own lives to help bring peace in Afghanistan yet, in just a few weeks, over 20 years of hard work, conflict and bloodshed has been wiped out by the Taliban.

We now have thousands of Afghans who supported and helped our forces who will be desperate to leave the country as they fear for their lives.

We cannot abandon these people who stood side by side with our troops on a promise that there would be peace and stability if they worked with us.

I am encouraged that the Government has made a commitment to do their very best to help these people leave safely and quickly.

I know of several veterans who are extremely disappointed over the current situation, including MPs who served in Afghanistan, and I totally understand their frustrations. They were there on the ground fighting, winning hearts and minds and helping build a peaceful and prosperous future for the people there.

We cannot abandon these people who stood side by side with our troops on a promise that there would be peace and stability if they worked with us, says Lee Anderson.

It’s not all been a failure as for the past 20 years we have not seen a return of the 9/11 terror attacks, but this is a sad day and it begs the question: why was billions of pounds and thousands of lives lost in a conflict, only to give that all away in just a couple of weeks?

Well, that decision was taken away from the United Kingdom when Donald Trump made the deal with the Taliban to leave the country.

I agree with our Defence Secretary Ben Wallace MP who said the decision for the US to leave Afghanistan was a ‘mistake’ and I fear he will be proved right over the coming months.

The UK would have stood side by side with the US to keep the peace, but I could not support us being there on our own and watching the awful scenes of our coffins returning home daily.

But I will support the Government in making sure we get all our people out safely and help those who helped us.