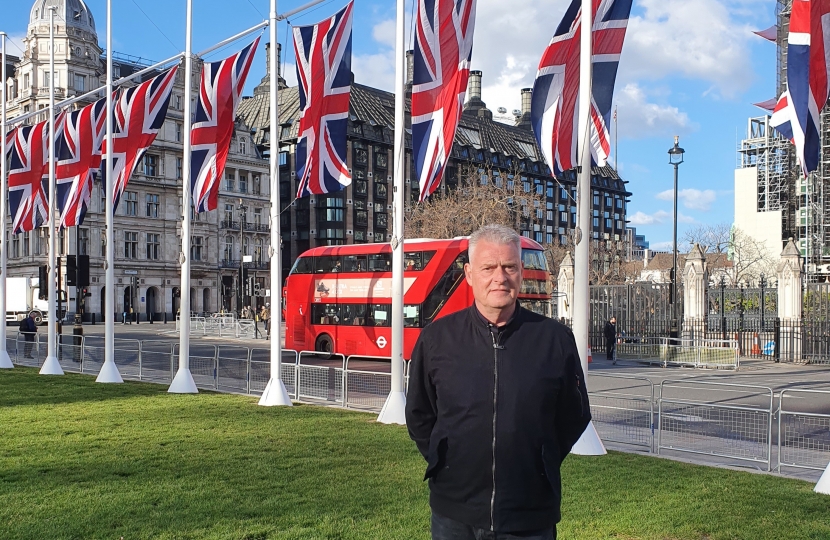 As I write this column I am travelling down to London on the train, and I look forward to the many challenges we face during this Parliamentary session but the one challenge I am not looking forward to is the possibility of bumping into Extinction Rebellion on my walk to walk every day this week. In my opinion this organisation is public nuisance number one. You would be hard pressed to find anyone who disagrees with their argument but at the same time you would find it just as difficult to find any sensible person who agrees with their methods. Just last week over 2,000 Police Officers were needed in one day to control the demonstrations and over 500 people were arrested. What a waste of Police time and taxpayer’s money to police these protests that achieve nothing apart from damaging property, blocking roads, stopping people going to work and preventing emergency service vehicles getting to their destinations. Maybe it’s time to bring back the water cannons which would help disperse the crowds and give our streets a good clean whilst allowing our Police Officers to get on with the day job. I live in hope.

There is much talk this week about putting more cash into the NHS which will cost the taxpayer billions of pounds. I think the problem is much deeper than just keep putting extra money in, that’s the easy option. We need to look at how these massive organisations run, and the millions of pounds wasted on procurement and made-up job roles like the ones that are currently advertised on the NHS website. Jobs like the Assistant Director Equality, Diversity and Inclusion paying over £75,000 a year whilst we are paying Doctors and highly qualified nurses much less, its bonkers. My wife sometimes stays at the Cystic Fibrosis Centre in Nottingham where each of the 30 rooms as a top of the range Dyson Fan costing around £350 each, at home we have a much more effective fan that cost 30 quid, it’s not rocket science but then again it’s easy to spend money when it’s not your own. If the NHS was run more effectively then we could save millions on procurement and plough the extra savings back into front line health care, this is not a solution that will fix all the problems, but we must stop wasting taxpayer’s money and give them much better value.

It was my great pleasure to join Jeff Maude and the Probus Group last week as guest speaker at their monthly lunch meeting. I went to school with Jeff’s sons Andy and Pete, so it was nice to catch up and share some old stories about our school days at John Davies and Ashfield School and it was a pleasure to speak to the group about my journey from Coalminer to MP. I think they enjoyed it so if you are part of a group and would like me to come and speak to you then please let me know on lee.anderson.mp@parliament.uk