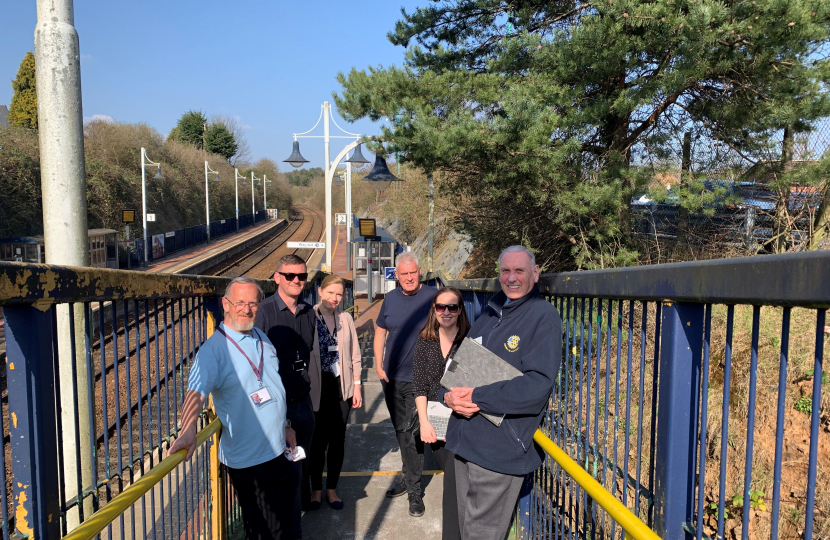 East Midlands Railway and Network Rail are identifying priority locations to bid for the Access for All funds pot during the 2024-2029 funding cycle. The government makes funding for railway infrastructure investment available every five years and the MP is eager to make the strongest case possible for the Kirkby Train Station.

Kirkby-in-Ashfield has been selected as a priority station due to its lack of accessibility. The station can only be accessed and exited by steps. Most stations also have ramps or lifts.

The local community has been eager to let the MP know their thoughts on the station improvements. Parents struggle to manoeuvre the steps with their pushchairs and the elderly and infirm cannot access the platform. Many potential users avoid using the train due to this issue – some use other stations instead. One pensioner told the MP they had fallen down the steps and while not seriously injured, they were badly shaken. The consensus is that the station was built to a minimal standard with no character. A taxi driver spoke about passengers boarding the train in Nottingham who were unable to get off the train at Kirkby. They were essentially stranded on the train.

“This is potentially great news for Kirkby. Kirkby waited years for a trainline to be installed, the town felt left behind as other towns had a station. The station is one of only a few that isn’t accessible to all. In this day and age, this isn’t good enough. Like when I secured the Towns Fund money, I will be knocking on Minister’s doors at every opportunity in order to get this money. Residents are proud to live in Kirkby but are desperate for a modern train station. An accessible station would connect more people to other parts of the county and is crucial in Ashfield’s desire to Level Up”.

The first pass submissions for funding will be made in this April  with the process taking 2 years to complete. The MP has submitted a letter of support for the plan.