TRAVELLERS – WHY A NEW APPROACH IS NEEDED 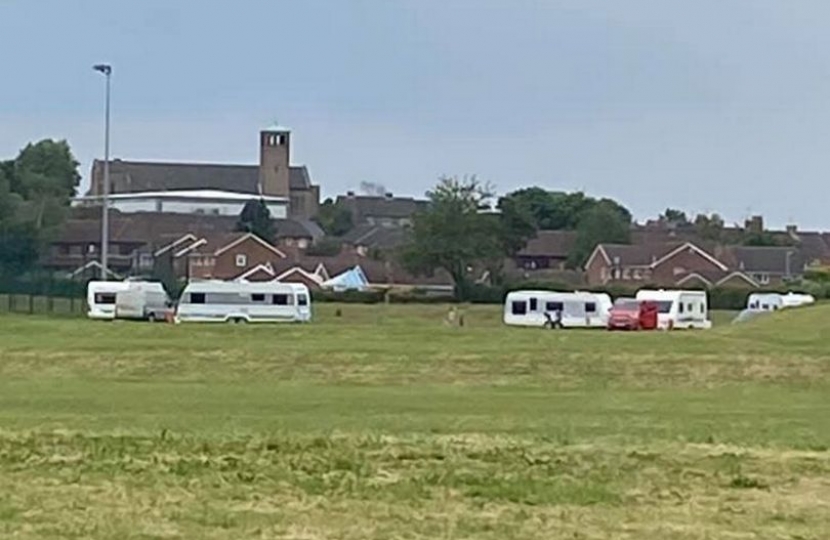 I was disappointed to learn that a group of travellers have pitched up on Sutton Lawn, having previously illegally resided at the site in the past and, despite Ashfield District Council issuing legal orders for them to leave, they returned yesterday.

This is the same group from previous occasions, with this time the travellers breaking a metal gate to gain access to The Lawn, despite new barriers set up at the site last time they came to prevent them from returning.

This has been an issue on The Lawn and across Ashfield for many years now, and my thoughts on such matters have been well publicised. The Lawn is a gem, and particularly during lockdown, has been a relief for many residents who have used its open space to exercise and get out of their houses during this difficult period. It is unacceptable that a group of individuals believe they are entitled to smash their way into such an area, live there illegally, and then leave the mess for the taxpayer funded Local Authority to clean up afterwards.

As the local MP, who had already begun to receive a considerable number of emails from residents on this issue, I would like to publicly thank both Nottinghamshire Police for acting so promptly in dealing with this illegal challenge to our community. It is evident that Ashfield District Council must do more, with their most recent actions to block travellers returning evidently not successful.

This is not a new problem in Ashfield, and as a result, I have been working with colleagues in Westminster since my election in December 2019, who are experiencing similar issues in their constituencies. Before my election, these colleagues, instigated by Mark Francois MP, asked Government Ministers to adopt the ‘Irish Option’. Essentially, this is named after the change of the law in Ireland in 2002, when acts of deliberate trespass were upgraded from a civil to a criminal offence. As a result, in Ireland, the police can challenge Travellers, or indeed anyone else who deliberately trespasses on land they do not own, to move on very rapidly, or face arrest and the potential impounding of their vehicles if they refuse.

The 2019 Conservative Manifesto declared: “We will tackle unauthorised Traveller camps. We will give the police news powers to arrest and seize the property of trespassers who set up unauthorised encampments, in order to protect our communities. We will make intentional trespass a criminal offence and we will also give councils greater powers within the planning system.”

Progression with the manifesto promise has unfortunately been delayed by the Covid-19 pandemic but now that Parliament is gradually returning to normal, I will be working resolutely with my colleagues to persuade the Home Office to bring forward the necessary legislation as soon as possible.

I hope that in pressing this case I will have my constituents’ continued support.